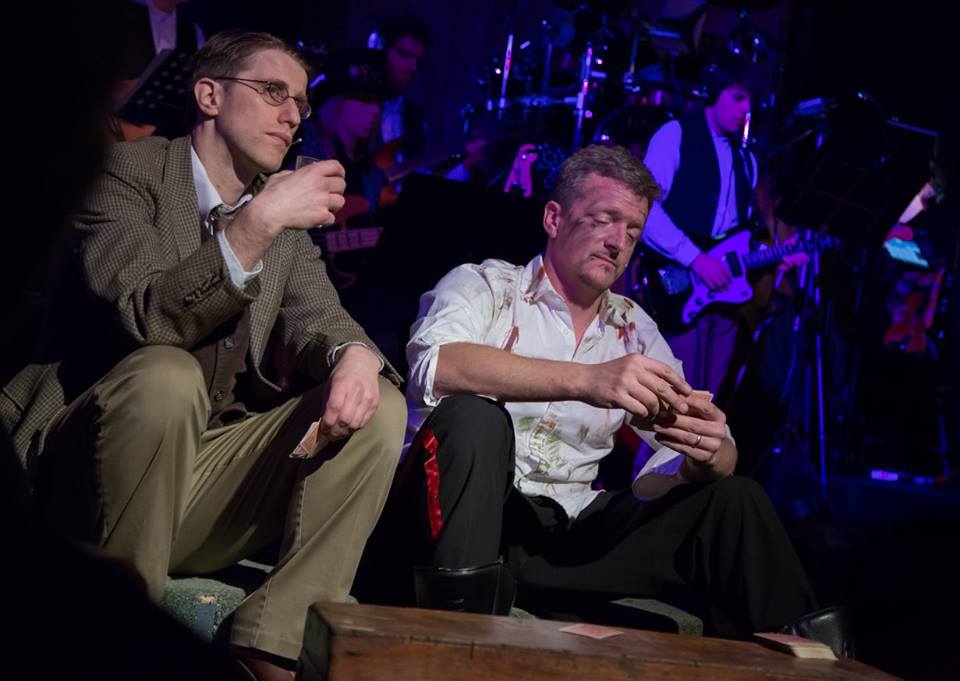 Performing as Young Journalist in Jeff Wayne’s War of the Worlds as part of a 2016 The Invitation Theatre Company (TITCo) production.

This is quite an intense show to watch and listen to as it takes place during an invasion of the Earth by martians.  I sang the song Forever Autumn but for the most part was a cipher through which the audience could follow along with the plot.  The biggest stars of this show are undoubtedly the orchestra/band and lighting crew.  The music holds it together and both parts add such a lot to the atmosphere!